Vasant Panchami is one of the more important festivals of India. It marks the beginning of spring and it is a festival dedicated to Sarasvati, the protector of learning, knowledge and wisdom. It is believed that it is also her birthday. On this day Brahma created Sarasvati and granted her the skill of speech and placed vina (an Indian instruments) in her hands. That is why her names are also Vila Vandini, the player of vina and Vani Dajan, the receiver of speech. As Brahma’s consort, Saraswati has many other names, and some of them are: Vinapani, Sarada, Vagisvari, Brahmi, Mahavidya, etc.

During Vasant Panchami the important colour is yellow, as it represents the budding of fruit trees and other plants, as well as a new birth. In India people dress in yellow, make sweets and other yellow-coloured food (with saffron). The food is then distributed to relatives and friends, the temples are decorated with yellow flowers, and Sarasvati is worshipped in all forms and through different rituals. Under her feet depicted on various images and statues of her people place books, musical instruments and similar. Vasant Panchami is considered to be an auspicious time for starting studies, so it is especially celebrated in schools, colleges and among students. It is said to be the most auspicious day for starting to learn something new.

There is one more story related to this day. With his third eye Lord Shiva burned Kamdev (the Lord of Passion), who was sent by Devas (Gods) to hit Shiva with his arrow in order to awake inside of him the passion to have a son powerful enough to defeat the deamon Takasura. Shiva was in deep Samadhi and got very furious when Kamdev disturbed him while trying to hit him with the arrow. Then Lord Shiva turned him into dust with his third eye. The symbolic meaning of this story is that passion awakes in springtime, but our consciousness – Shiva – needs to control it, and not be enslaved by it.

Vasant Panchami is a festival marking the change in season as well, so on this day people celebrate the arrival of spring and a new beginning of life. On this day, Bashant (the Spirit of Spring) again returns to Earth. That is why this holiday is also called Bashant Panchami. 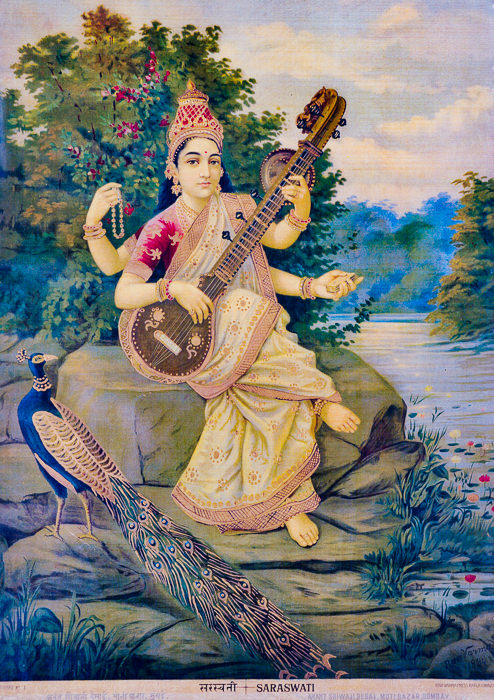